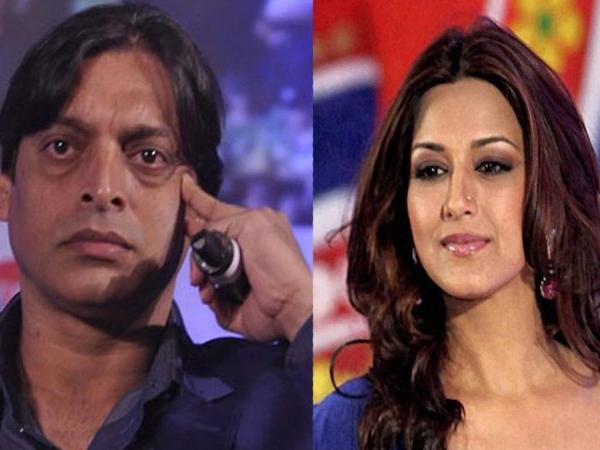 LAHORE: Former Pakistan speedster Shoaib Akhtar has broken his silence on the rumours claiming he was in love with actress Sonali Bendre.
Akhtar has come down heavily on “baseless” rumours and released a lengthy video on YouTube. The former cricketer has slammed reports that claimed he was obsessed with the actress and carried around her photo in his wallet. He also denied the reports that stated he wanted to kidnap and marry the star.
Putting an end to all rumours, the former cricketer claimed that he never was a fan of the actress, adding that he only saw a few of her films and admired her courage during her battle with cancer. He even went on to praise her and state that he considered her as a role model for many others in the world.
Akhtar has been active on social media since his retirement from cricket, he also runs his own YouTube channel. The former pacer is among the voices who want to bring a change to the Pakistan cricket team and the entire cricketing system in Pakistan.
Akhtar also voiced on Pakistan’s performance against India and their dismal outing at the Old Trafford in Manchester wherein the India defeated Pakistan by 89 runs (DLS method) in the ongoing ICC World Cup 2019 .