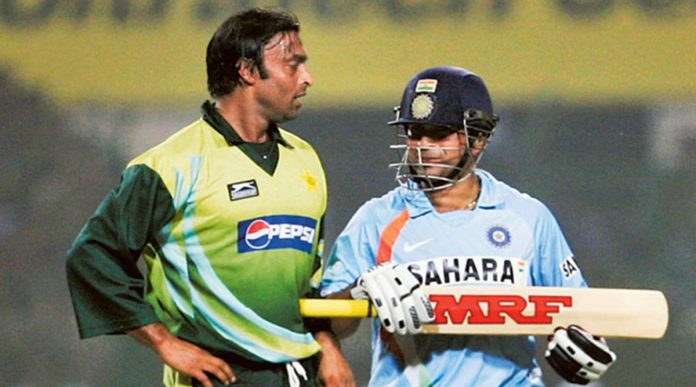 LAHORE: Former Pakistan fast-bowler Shoaib Akhtar claimed that he was upset when Indian batsman Sachin Tendulkar missed out on scoring a century by just two runs in their 2003 Cricket World Cup fixture between the two sides, The Indian Express has reported.
Akhtar had Tendulkar dismissed for 98 in the World Cup match which India won by a comfortable margin of six wickets.
“I was very sad because Sachin got out for 98,” Akhtar said while speaking during a live session on Helo app. “It was a special innings. He should have touched the century mark. I wanted him to slam the ton. For that bouncer, I may have loved to see him hit a six, as he did it before.”
The Rawalpindi Express said that it was not fair to compare the Indian legend with Virat Kohli as he feels Tendulkar batted in tougher times and would score more runs if he was playing now. …Agencies