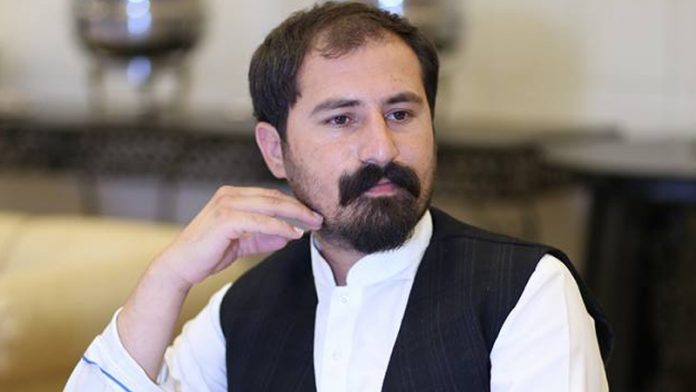 LAHORE: Former member of the Pakhtun Council at Punjab University (PU) – Alamgir Wazir – who was arrested for his participation in the recently held Student Solidarity March, filed a bail petition at a local court in Lahore on Wednesday.
Wazir, who participated in the march, was reported missing on Sunday. A day later, it emerged he was in custody of the Punjab police and that police had also registered cases on sedition charges against the organisers and participants of the Student Solidarity March held on Nov 29.
According to the FIR against Wazir, complainant SI Mohammad Nawaz said he was on patrol when he received information that a rally of 250-300 people led by Ammar Ali Jan, Farooq Tariq, Iqbal Lala, Alamgir Wazir, Mohammad Shabbir and Kamil Khan was being taken out.
“The speakers incited the students against the state and its institutions and speeches and slogans were recorded on mobile phones and can also be checked through PPIC3 cameras,” he claimed.
In his bail petition submitted on Wednesday, Wazir asserted his innocence and stated that the allegations levelled against him were false.
According to the petition, no slogans were shouted against the state and no loudspeaker was found in his possession or on the scene. It added that Wazir was prepared to post bail and to show up for court appearances, should he be granted bail.
The petition also stated, “The procedure laid down by the apex court of the country for recording and use of video evidence has not been followed by the police”. Further, no specific “anti-state” comments were mentioned in the FIR.
Accepting the bail application, the court directed the prosecution and the Punjab police to submit a reply by December 5.