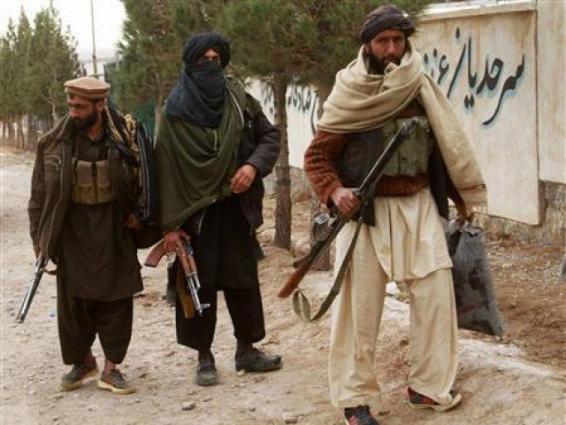 KUNDUZ: Taliban insurgents advancing on the capital of a northern Afghan province have captured a key adjoining district, officials said Sunday, sparking renewed alarm among residents who fear the fall of the besieged city.
The Taliban launched their annual summer offensive in late April with a brazen assault in Kunduz province, coming close to overrunning the provincial capital and sending civilian casualties soaring in outlying districts.
The capture of the worst-affected Chardarah district — at the edge of Kunduz city — on Saturday reignited concerns over its potential fall as insurgents escalate their annual summer offensive.
"The district has fallen to Taliban after hours of fierce fighting. Twelve Afghan forces have lost their lives and 17 have been wounded," Chardarah district chief Mohammad Yousuf Ayubi told AFP.
The militants are now as close as three kilometres to Kunduz city, increasingly hemmed in by the insurgency, with sporadic fighting still ongoing between the Taliban and pro-government forces.
The fall of a provincial capital would be a major setback for the Afghan government, which has been fighting a resilient Taliban insurgency since the 2001 US-led invasion of Afghanistan.
Deputy Afghan army chief General Murad Ali Murad said at least 70 security forces were surrounded by Taliban insurgents in Chardarah.
"We are going to start a military operation to retake the district on Sunday evening," he said.
Abdul Sabor Nasrati, the police chief of the province on the border with Tajikistan, said the government was rushing reinforcements to Chardarah.
Civilians are bearing the brunt of a large-scale insurgent offensive in Kunduz, the keystone of the Taliban´s summer fighting season which is expected to be the bloodiest in a decade.
The province is facing a humanitarian crisis, with thousands of families trapped in a vortex of violence as militancy spreads across the north, beyond traditional Taliban hotbeds in the south and east.
Fierce battles between insurgents and government forces in Chardarah late Saturday sent terrified residents fleeing towards Kunduz city, carrying babies, livestock and household possessions.
"The Taliban attacked our village and both sides sprayed bullets in all directions," said 60-year-old Bibi Gul, clutching an infant.
"The Taliban are fighting during the fasting month of Ramadan. They are not Muslims," she said.
The militants recently rebuffed requests from senior Afghan clerics to halt attacks during Ramadan despite surging civilian casualties.
The streets of Kunduz city were deserted, with shops closed and local administration officials deserting government buildings, residents said, as fears of a Taliban takeover grew.
This year´s Taliban offensive marks the first fighting season in which Afghan forces are battling the insurgents without the full support of US-led foreign combat troops.
NATO´s combat mission formally ended in December but a small follow-up foreign force has stayed on to train and support local security personnel.