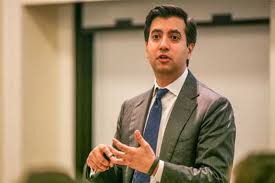 WASHINGTON: Pakistan’s ambassador to the United States Ali Jahangir Siddiqui has stepped down.
He had earlier asked the foreign office for time an extension till December 24. Siddiqui was appointed by the previous government of PML-N.
New ambassador Asad Majeed Khan will take charge soon. Khan is a career diplomat whose most recent posting was as the ambassador to Japan.