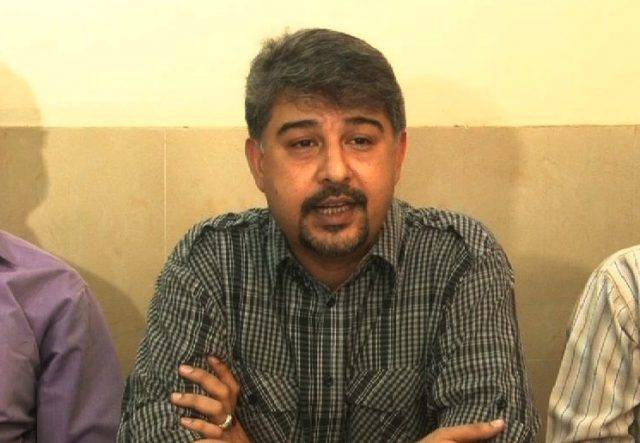 KARACHI: The funeral prayers for Ali Raza Abidi, who was assassinated late last night, will be offered after Zuhr on Wednesday.
The body of the former member of the National Assembly and Muttahida Qaumi Movement-Pakistan has been moved to Imam Bargah Yasrab in the city’s Defence Housing Authority (DHA) locality.
A number of relatives, as well as grieving friends and acquaintances, reached the deceased leader’s residence to offer their condolences to his bereaved family.
On the other hand, former MQM-P leader Khawaja Izharul Hasan called for the immediate arrest of the suspects involved in Abidi’s assassination whereas Dr Farooq Sattar, also a former leader, noted that it was a question mark for the federal and provincial leadership that such killings had started to happen again with more frequency.
Abidi’s death comes days after two workers of the Pak Sarzameen Party (PSP) were gunned down in the city’s Usmania Society. Earlier this month, six people were wounded when a low-intensity blast hit a Milad organised by MQM-P in Gulistan-e-Johar.
PSP chairperson Mustafa Kamal, in his condemnation message, said that Abidi’s tragic assassination was a conspiracy to disturb the peace of Karachi, the industrial hub of Pakistan, whereas Karachi Mayor Waseem Akhtar stressed that the government should reconsider its decision to rescind the security of political leaders.
It is noteworthy that Abidi was lately involved in efforts to reconcile the dispersed factions of the MQM.