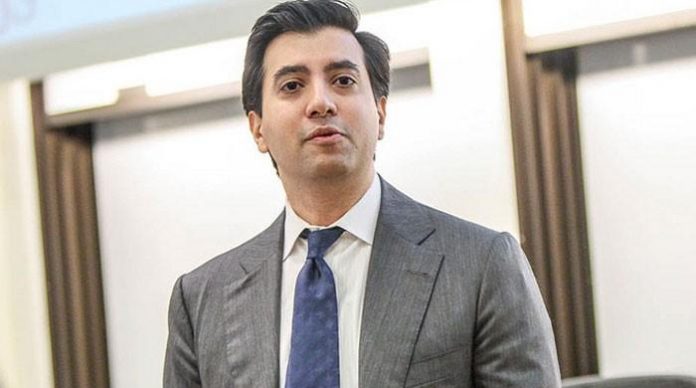 WASHINGTON: Pakistan’s new ambassador to the United States Ali Siddiqui expects some large American companies to enter Pakistan as he envisions a growing trade and commercial ties between the two countries, mainly in the oil and gas sector.
In his wide-ranging interviews with Bloomberg TV and Bloomberg Radio, Ambassador Ali Jehangir Siddiqui said that Pakistan and the United States have been long-time allies with more than 70 years of relationship, and said that two countries are working together in many areas, including a shared interest of restoring peace in Afghanistan.
In his first interview with any foreign news media outlet since assuming his charge in Washington last month, the Ambassador highlighted the immense potential for business and trades ties between the two countries, especially in the oil and gas sector.
“The US is on his way to become the world’s largest LNG and natural gas exporter and Pakistan is at the same time on way to become one of the world’s largest importers of oil and gas,” he said. “On the energy front alone, there is a huge opportunity.”
Ambassador Siddiqui said that Pakistan opened two LNG terminals in the last two years and there were others in the planning phase, and some US gas did land in Pakistan’s energy system. “We hope to grow this relationship,” he added.
He said that one of the largest American oil company, Exxon, recently signed a deal with Italian energy giant ENI to do an investment in a large offshore exploration project.
Replying to a question, Ambassador Siddiqui said that the security situation in Pakistan has improved tremendously in recent years where the terror-related incidents were down 80 percent as compared to the preceding few years.
At the same time, he added, violent crime rate in Pakistan’s major cities is lower than major global and emerging market cities. “We need to communicate these numbers to the US companies which are quite receptive. I think, you will hear some large US companies entering Pakistan,” he added.
On the current state of US-Pakistan ties, which have come under strain in the past months, the Ambassador said that the two countries have a long history of cooperation spanning over 70 years. “We have had very close relations and Pakistan is among major Non-NATO US ally,” he added.
The Ambassador stated that both Pakistan and the US have a big agenda item that the two countries are working on, which is to achieve peace in Afghanistan. “We had a series of discussions on that. We both are committed to finding a solution as well as the Afghan government.”
He said that there had also been discussions with US officials around economic and trade matters and there is a lot of growth in the bilateral relationship that can happen.
Ambassador Siddiqui said that at the moment, trade numbers were relatively small but in balance and neither country runs a significant surplus with each other. “My priority is to increase the relationship significantly while maintaining some balance and parity,” he added.
He said that the Trump administration’s approach to investment and trade was on the principle of parity“ if the US is benefitting somebody, they should benefit the US in a roughly equal manner.
“I think, I have a good understanding of that and fortunately Pakistan has parity. Those numbers are small, we need to grow them dramatically “we have a good understanding of where the President (Trump) is coming from,” alluding to the administration’s approach towards trade.
To a question, the ambassador said that Pakistan has seen a tremendous growth in the past 20 years and the country’s economy grew by 5.5 percent last year. However, he said, the benefit of investment has largely been shared by the European and Asian companies.
He said that American companies, like Pepsi and Procter and Gamble, have a long presence in Pakistan and doing profitable business. But, he added, there has not been any new US entrant in the past 20 years.
The Ambassador alluded to Pakistan’s burgeoning telecom sector and said that it was perhaps the only country where all four large mobile phone operators were foreign owned companies and conglomerates.
“At the same time, we are missing the major US operator,” he said and added that one of his major tasks here was to communicate and share with the US investors that trade relationship and investment have enormous potential.
Responding to a question, the ambassador said that trade and investment have to be a priority and, even if there were development assistance and can come of aid, a significant portion of it must come in commercial ties, commercial debt and commercial equity, and a country should be responsible to repay that.
Replying to a question, the Ambassador said Pakistan has close relationship with China and a significant development partner, but added that a country can have a multiple relationship.
On US-India ties, he said that Pakistan did not see these relationship with any specific lens, and expressed the hope that Islamabad’s relationship with China was also not viewed with some other lens. – APP