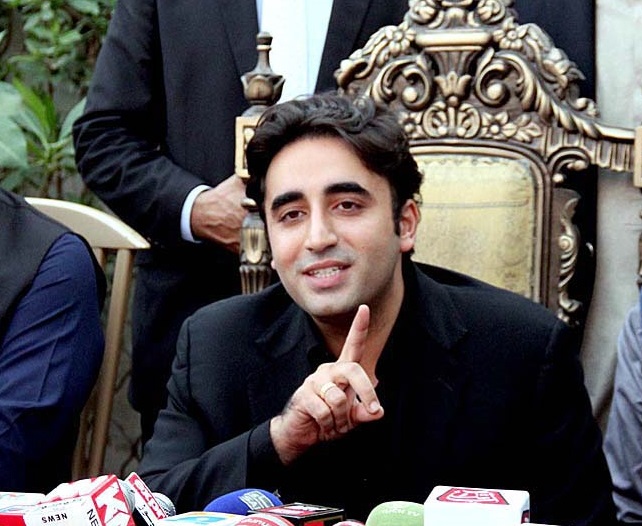 ISLAMABAD: Pakistan People’s Party (PPP) Chairman Bilawal Bhutto Zardari has strongly responded to Minister for Science and Technology Fawad Chaudhry over his ‘Dual Politics’ and ‘playing politics with blood of shaheeds’.
Fawad Chaudhry had earlier tweeted that “Supporting Mohsin Dawar on attack on Kharkamar Check Post, while condemning today unidentifiable attacker shows Dual Politics of BBZ,, …… playing Politics with blood of shaheeds.? Say no to Politics on martyrs blood.”
Replying over it, Bilawal said, “While your current leader called terrorists his brothers I was condemning terrorist attacks on our soldiers and still do today. That’s called consistency, something understandably alien to you.”
He went on to say Mohsin Dawar and Ali Wazir are MNAs, not terrorists. Asking speaker to follow rules.”
“And calling for a commission is supporting facts, truth and democracy not any individual. Surely as a lawyer you believe everyone is entitled to a fair trial under Article 10A of the constitution? Professional turncoats should really not talk about ‘dual politics’.”
“Speaking of terrorists, your interior minister is a terrorist facilitator and your railway minister still publicly expresses support for banned organizations,” Bilawal continued.