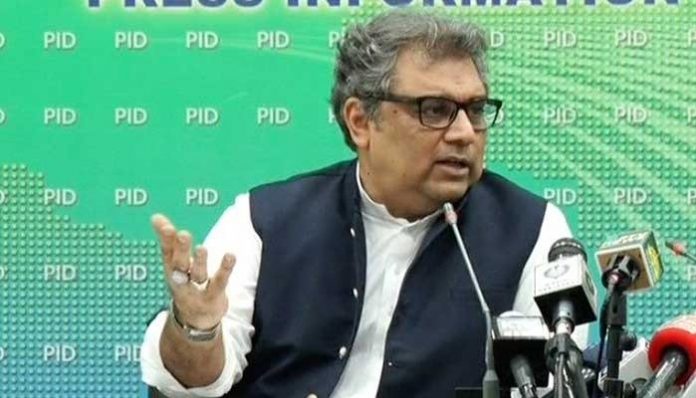 ISLAMABAD: Federal Minister for Maritime Affairs Ali Zaidi, in a bid to expose relations between Pakistan people’s Party (PPP) leadership and Uzair Baloch, on Saturday released a video of Uzair’s friend Habib Jan Baloch.
Ali Zaidi, while tweeting the video, said that crime and politics have gone hand in hand and Asif Ali Zardari and his followers have been exposed by Habib Jan.
Habib Jan Baloch, a close associate of Uzair Baloch, has said in the video that after Layari operation of 2012, PPP again approached Uzair Baloch and paid him Rs50 million in cash. Habib added that after this Uzair Baloch rejoined PPP.
Habib Jan Baloch further said that the PPP government after coming under pressure distanced itself from Uzair Baloch. While responding to a question, he said that the group was involved transfers of police officials of up to rank of the IGP.
Ali Zaidi expressed his resolve of pushing hard to expose the PPP leadership and said that criminals should be punished. He also requested the Chief Justice of Pakistan (CJP) to take notice of the Uzair Baloch JIT report.
The Federal Minister said that the PPP members are continuously making speeches in the parliament but when they come under the clutches of the law, they go silent.
Ali Zaidi added that mafias, dons and criminals, who deserve punishments for their crimes, are occupying senior government positions and making speeches on budget. He also urged everyone to support him in his war against the criminals.