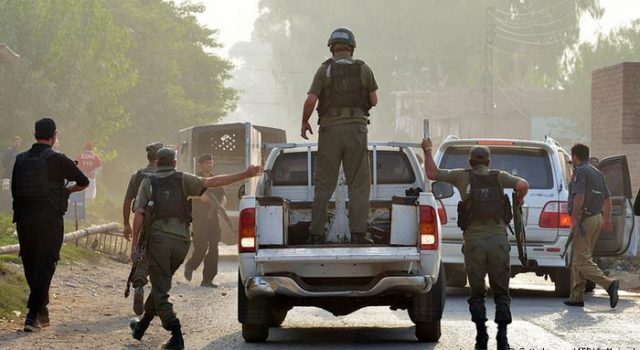 PESHAWAR: At least four suicide bombers were killed in exchange of fire with security forces after they attacked Christian Colony of Warsak Dam in Khyber Agency on Friday.
A security guard of the colony also killed in the terrorists attack.
According Director General Inter-Services Public Relations Asim Bajwa, four suicide bombers with arms and ammunition entered Christian Colony Warsak after hitting a security guard at 5:50 AM today.
“All four suicide bombers were killed” and a clearance operation is underway,” twitted Asim Bajwa.
According to reports, five persons including two Frontier Corps (FC) personnel, one policeman and two civilian guards have been injured in the attack.
According to reports, firing reportedly began around 6am, when terrorists wearing suicide jackets attacked the Christian Colony.
Two of the attackers detonated their suicide jackets, and two others were killed by security forces, the sources said.
Security of schools located in the area has also been tightened and emergency has been declared at Lady Reading Hospital.