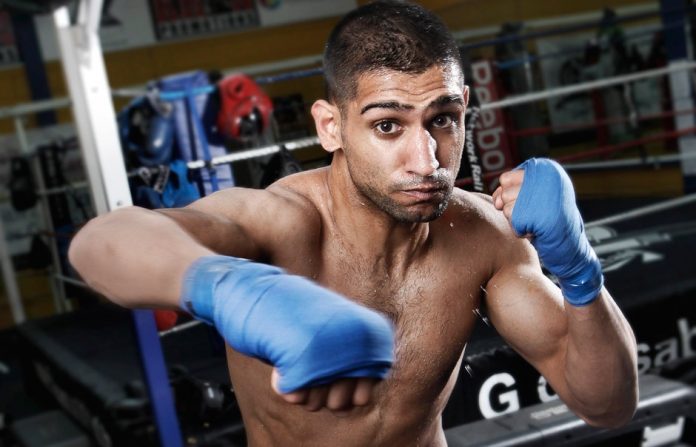 LONDON: Amir Khan announced that he would be donating Rs 1 million (£10,997) to a fund that contributes to dam construction in Pakistan to remedy the country’s water shortage.
The British boxer applauded the Pakistan Army and the government’s role in helping with the water shortage fund and said that he would be donating more money after his fight against Colombian Samuel Vargas,daily Mail reported.
He urged other celebrities and locals to contribute to Chief Justice of Pakistan Saqib Nisar’s fund after cricketer Shahid Afridi pledged Rs 1.5 million (£16,500).
Amir Iqbal Khan was born on December 8 1986 in Bolton, Greater Manchester to a family with roots in the Punjab region in Pakistan.
He began to box competitively at the age of 11 and achieved early honours including three English school titles, three junior ABA titles and gold at the 2003 Junior Olympics. – APP