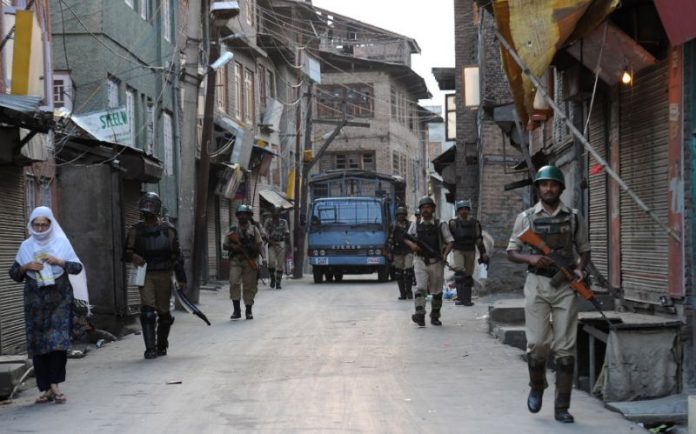 SRINAGAR: Amnesty International India on Thursday launched a global campaign in a bid to highlight the human cost of the month-long lockdown in occupied Kashmir.
“The draconian communication blackout in [occupied] Kashmir is an outrageous protracted assault on the civil liberties of the people of Kashmir,” read a press release by the human rights watchdog.
“In response to this indefinite communication blackout, Amnesty International India has launched the campaign #LetKashmirSpeak on 5 September, 2019 – which marks a month of the communications blackout, to ask for immediate lifting of the lockdown,” stated Amnesty International India.
“While landline telephones have been announced to be restored, their obsoletion in the recent past will fall woefully short in facilitating communication for the 8 million people of Kashmir.”
On August 5, the government of Indian Prime Minister Narendra Modi stripped Kashmiris of the constitutional rights they had for seven decades through a rushed presidential order. An indefinite curfew was imposed in occupied Kashmir and elected leaders were put under house arrest.
By repealing Article 370 of the constitution, people from the rest of India will now have the right to acquire property in Kashmir and settle there permanently. Kashmiris, as well as critics of India’s Hindu nationalist-led government, see the move as an attempt to dilute the demographics of Muslim-majority occupied Kashmir with Hindu settlers.