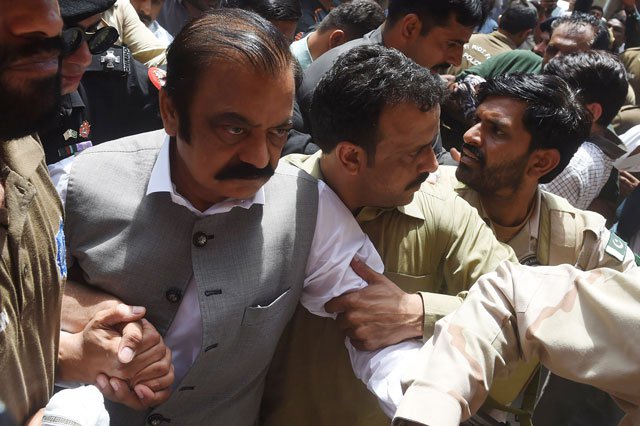 LAHORE: An Anti-Narcotics Force (ANF) court in Lahore on Saturday extended judicial remand of PML-N Punjab President and Member of the National Assembly (MNA) Rana Sanaullah till September 14 in a heroin smuggling case.
According to reports, due to repatriation of judge Masood Arshad, no proceedings of the case were made in the hearing today.
Furthermore, no progress has been reported on the ANF’s request to freeze the assets of Sanaullah.
On August 24, the PML-N leader’s remand was extended for 14 days.
During the hearing, the ANF prosecutor had showed footage of Sanaullah’s arrest from Safe City cameras.
On July 1, the PML-N lawmaker was arrested by ANF Lahore team while he was traveling from Faisalabad to Lahore
“The ANF is responsible for curbing drug use and smuggling. We do not make arrests without reason,” It had said in a statement. “A large quantity of drugs was recovered from Sanaullah’s car.”
Sanaullah was shifted to an ANF police station after his arrest and was charged under the Anti-Narcotics Act.