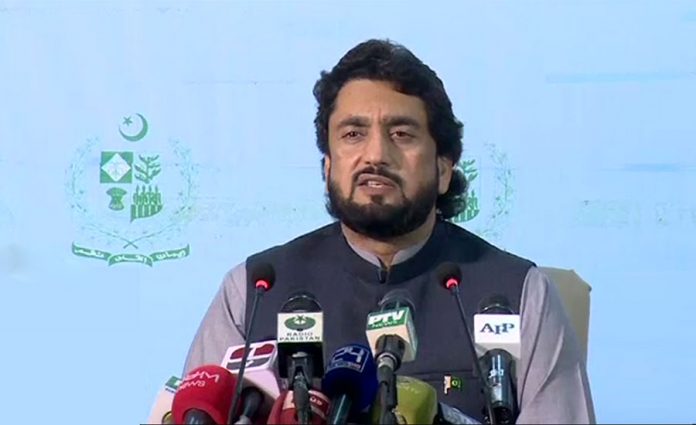 ISLAMABAD: Minister for Narcotics Control Shehryar Afridi Thursday said that Anti Narcotic Control (ANF) had sufficient evidence against Rana Sanaullah.
Addressing a press conference along with Director General ANF Major General Arif, he said, that Rana Sanaullah had been arrested by the ANF force after receiving a lead from a person arrested from Faisalabad Airport.
He said that movements of Rana Sanaullah were observed for the last many days, and three time he (Rana Sanaullh ) was not stopped by the ANF as female members of his family were travelling with him.
“We salute ANF force which is a professional force and it observed the values and norms of society by not stopping Rana Sanaullah when he was travelling with female members of his family,” the minister said .
He said value of the drugs recovered from the PMLN leader was about Rs. 150 million to Rs.160 million in international market.