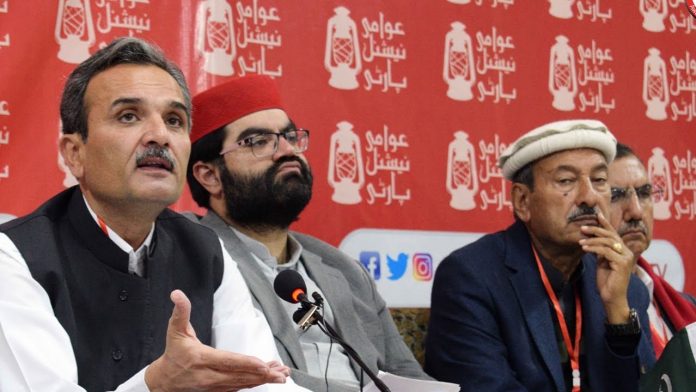 ISLAMABAD: The Awami National Party (ANP) has decided to part ways with the 10-party Opposition alliance, the Pakistan Democratic Movement (PDM)  according to a report on Khyber News.

The ANP is angry at the PDM ever since the Opposition alliance decided to issue show-cause notices to it, said the source.  The party held consultations earlier and decided to break away from the Opposition alliance owing to the rise in differences over the past few weeks.  A few days ago, the PDM had issued show-cause notices to the PPP and the ANP.

Both the parties were directed to explain as to why they sought support from government senators in the election of the Opposition leader in Senate, as this move on their part caused damage to the Opposition alliance and the movement.

Sources had said it was mentioned in the context of show -cause notice that the PPP and the ANP moves had caused damage to the Opposition alliance and the movement, and both the leaders had been asked to explain their position as to why they took such steps.