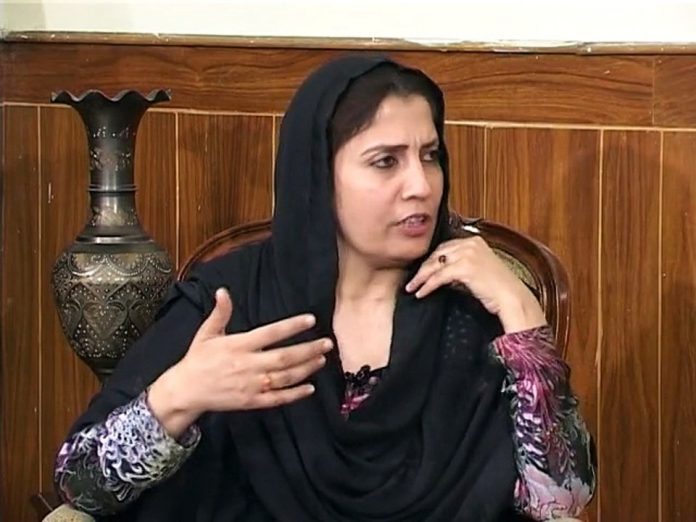 PESHAWAR: Awami National Party (ANP), Khyber Pakhtunkhwa President Aimal Wali Khan Friday stripped Senator Sitara Ayaz of the party membership over a charge of involvement in anti-party activities.
The woman Senator was accused of promoting grouping within the party, said a press release issued here from Bacha Khan Markaz on Friday.
The party had issued her a show-cause notice and in response to the show-cause the provincial president given the opportunity of hearing her in the presence of other cabinet members. But, she failed to satisfy the provincial president and cabinet members.
The provincial president has abolished the party membership of the senator for the sake party constitution, discipline and interest of the party. The woman senator would had not relation with the party from October 25 and onward, the press release concluded.