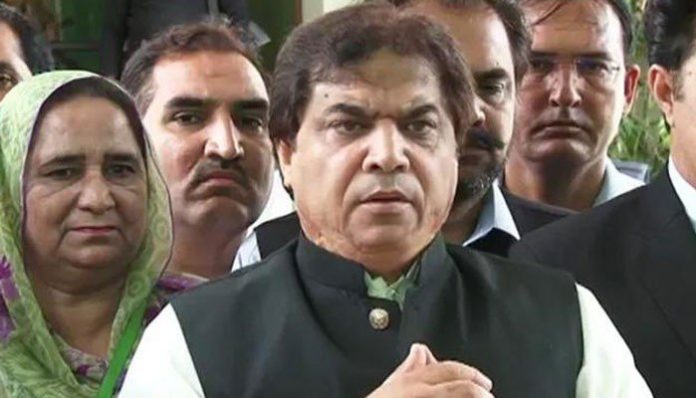 RAWALPINDI: An anti-narcotics court on Saturday reserved its verdict in the ephedrine quota case against Pakistan Muslim League-Nawaz (PML-N) leader Hanif Abbasi.
The defence lawyer was directed to complete his arguments till afternoon after which, the decision will be announced.
Earlier, Supreme Court had turned down Abbasi’s plea against LHC order to hold ephedrine case hearings on daily basis.
Lawyer Kamran Murtaza told that LHC had announced verdict on an irrelevant plea and that his client has never asked for delay in the case.
It is to be mentioned here that the LHC had ordered to complete the hearing until July 21, only five days before the elections.
Hanif Abbasi, who is participating in the upcoming election from NA-60 opposite to Sheikh Rasheed, has been alleged of misusing 500kg of the controlled chemical ephedrine which he got for his company in 2010.
PML-N and the other accused including his brother were indicted in 2014.