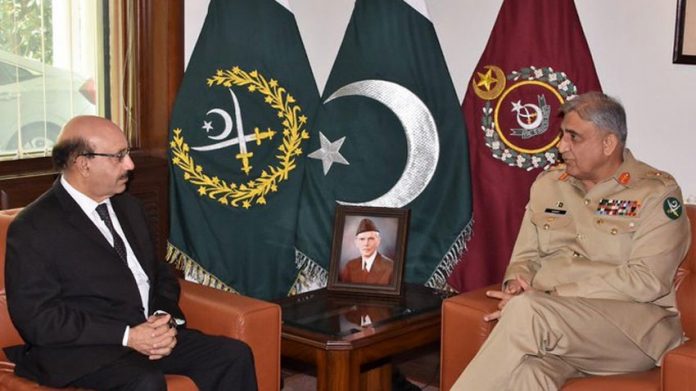 ISLAMABAD: President Azad Jammu and Kashmir Sardar Masood Khan called on Chief of Army Staff, General Qamar Javed Bajwa in Rawalpindi on Friday and discussed situation in Indian Occupied Jammu and Kashmir.
According to ISPR, Indian provocations on Line of Control (LOC) were also discussed during the meeting.
Army Chief assured him Army’s full support and commitment to the Kashmir cause and its people.