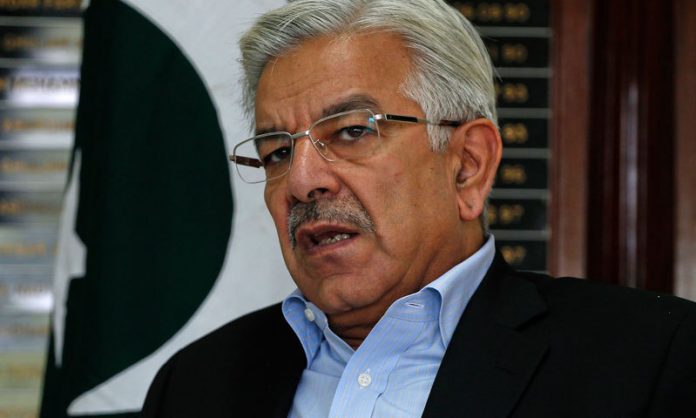 ISLAMABAD: Defence Minister Khawaja Asif Wednesday said that the process of appointing the next Chief of Army Staff (COAS) will be completed by tomorrow but the appointment should not be a topic of public debate.

Six generals are in the race for the posts of the army chief and chairman of the joint chiefs of staff committee that include Lt Gen Asim Munir who is se to retire on November 27, just two days before Gen Qamar Javed Bajwa completes his extended tenure.

After holding key consultation with Prime Minister Shehbaz Sharif along with other federal ministers, Defence Minister told reporters that the legal process is underway for the appointment of next COAS, and  will be completed in next one or two days.

Asif added that he has no idea whether the new army chief’s appointment will be done on a seniority basis or merit, however, the name will be finalized by tomorrow in line with constitutional requirements.

“The coalition parties and federal ministers will be taken into confidence on the appointment but regardless of politics, decisions should be made in the national interest,” he added.

During the media talk, a journalist asked whether the army chief’s appointment be done under Article 243 to which the minister replied, “I don’t know about so many articles, you must have read [them], so you know better. Be it the president or prime minister, decisions should be taken as per the constitution and in the national interest.”

Commenting on rumors that Lt Gen Asim Munir will be the next COAS, he stated the appointment of the new chief should not be a part of public debate.

Candidates
According to sources, the list sent by the military to the defence ministry contains names of the six senior-most generals of Pakistan Army.

Apart from picking the name of the next army chief, the prime minister will pick the chairman of the Joint Chiefs of Staff.

The names include (in no particular order of ranking)