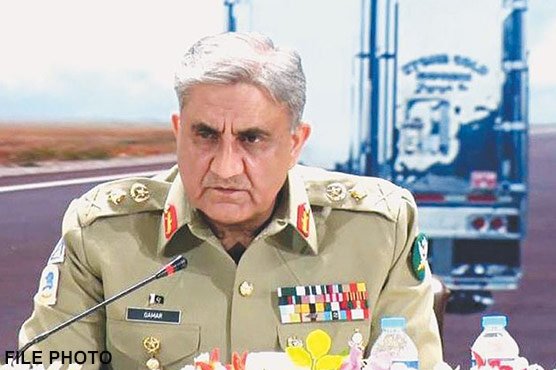 RAWALPINDI: Chief of Army Staff (COAS) General Qamar Javed Bajwa has said that attempts of inimical forces to derail important democratic activity shall not succeed.
Expressing deep grief over the loss of precious lives in the Mastung blast on Friday, he said all Pakistanis would together defeat the enemies.
The Army Chief condemned the heinous terrorist attack and said Pakistan had lost a highly devoted and capable politician like Siraj Raisani.
Let it be known that at least 128 people including the brother of former Balochistan Chief Minister Nawaz Aslam Raisani, Siraj Raisani were martyred and more than 100 sustained injuries in a suicide blast in Darengarh area of Mastung in Balochistan on Friday.