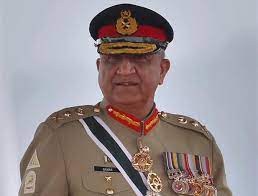 On Thursday, a major rescue operation, involving army, levies, Provincial Disaster Management Authority (PDMA) and aid agencies, was launched to provide medical care to the victims, besides food and relief supplies to the stricken population.

An Urban Search and Rescue Team was also dispatched from Rawalpindi to assist in the rescue operation. The inspector general of the Frontier Corps Balochistan also reached Harnai and inspected the damage caused by the earthquake.

At least 22 people were killed and over 300 sustained injuries, some of them seriously, after a devastating earthquake in different parts of the province on Thursday knocked down scores of houses at a time when many victims were asleep, officials and medics in several districts confirmed.

According to Met department, a 5.9 earthquake struck at 3:01 am. The epicentre of the quake was near Harnai at a depth of 15 kilometres. The tremors were felt in Quetta, Sibi, Chaman, Ziarat, Qila Abdullah, Zhob, Loralai, Pishin, Muslim Bagh and other areas of the country.