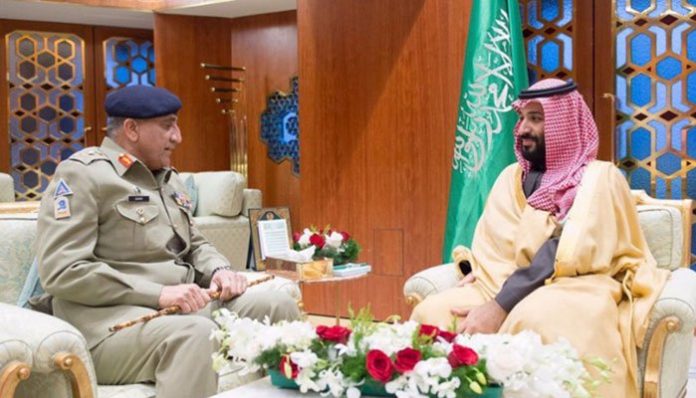 RIYADH: Chief of Army Staff (COAS) General Qamar Javed Bajwa called on Saudi Crown Prince Mohammed bin Salman bin Abdulaziz in Riyadh on Thursday.
During the meeting, the two dignitaries discussed bilateral military relations as well as a number of issues of common interest.
The two also stressed the close ties between the Kingdom of Saudi Arabia and Pakistan.