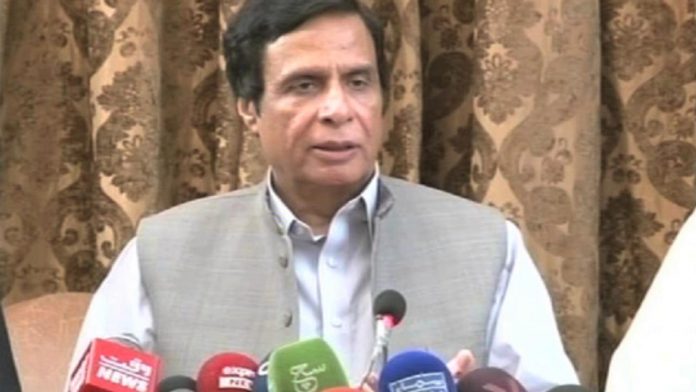 LAHORE: Punjab Assembly speaker Chaudhry Pervaiz Elahi said on Sunday that Chief of Army Staff General Qamar Javed Bajwa played a pivotal role in ending Pakistan’s diplomatic isolation.
Speaking to the media, the Pakistan Muslim League-Quaid leader said that Pakistan is maintaining cordial relations with the neighbouring states due to the silent diplomacy of the army chief.
“The COAS’ international visits and bilateral meetings have created a level of mutual trust with the international community,” he said.
The speaker maintained that India for the very first time appeared to be defensive at the Kartarpur corridor opening.
“COAS’ [efforts] for bringing peace in Afghanistan are being recognised across the board. General Bajwa’s services for the national security and unity will always be remembered,” he added.