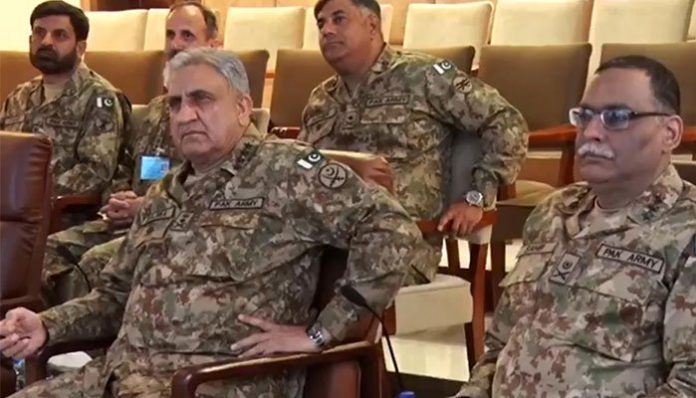 QUETTA: Chief of Army Staff General Qamar Javed Bajwa visited Southern Command Headquarters Quetta on Friday, where he appreciated the efforts of troops in maintaining law and order situation in the province, according to Inter-Services Public Relations.
According to ISPR, the army chief was briefed about the progress on projects under ‘Khushhaal Balochistan’ plan.
The COAS, along with Chief Minister Balochistan Jam Mir Kamal, visited the newly-built NUST campus in Quetta.
The army chief had announced the building of this campus in January 2017, said the ISPR, adding that the campus was constructed within two years and eight months.
The COAS spoke to the students of different educational institutions in Balochistan, said the ISPR.
The army chief appreciated the talented students of the province, saying that they should ready themselves for opportunities.
The ISPR added that in the first badge, 550 students will undergo BE in Civil Engineering, Computer Sciences and MS disciplines, including Water Resource Engineering Management, Tunneling/Mining Engineering and Computer and Allied Sciences programs.