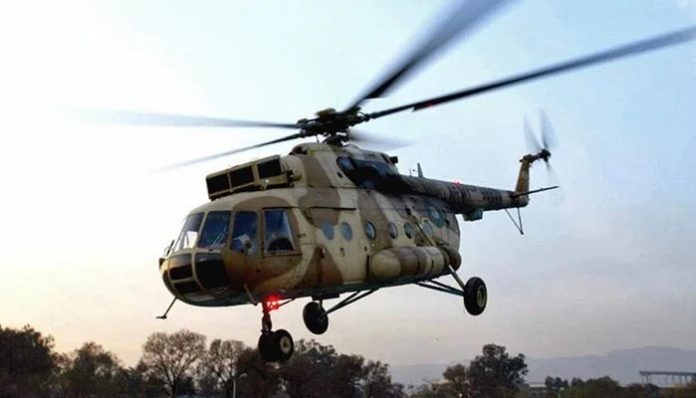 Taking to Twitter, the military’s media wing said that the aviation helicopter was on a flood relief operation in Lasbela, Balochistan when it lost contact with air traffic control (ATC).

The Director-General of Coast Guards Brigadier Amjad, Engineer Brigadier Khalid, and chief naik Mudassir were also onboard. Major Syed was the pilot while Major Talha was the co-pilot of the helicopter.

Prime Minister Shehbaz Sharif termed the disappearance of the helicopter as alarming. “The entire nation prays to Allah Almighty for the safety, security and return of these sons of the country who came out to help the flood victims. God willing.”

Reacting to the unfortunate incident, former prime minister and PTI Chairman Imran Khan expressed sorrow over the “disturbing news” of an army aviation helicopter gone missing, requesting prayers for all those on board.