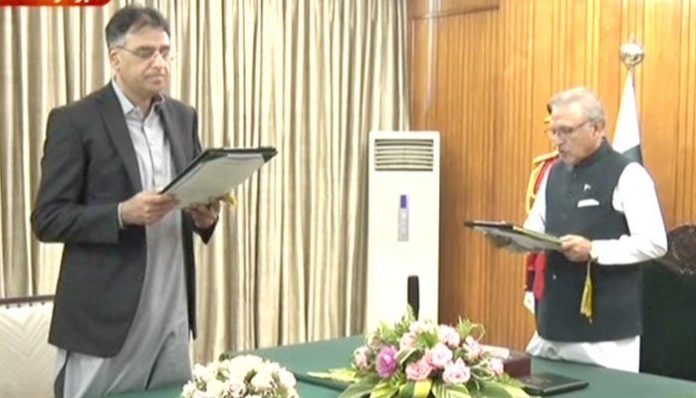 ISLAMABAD: Former finance minister Asad Umar has made a return to the federal cabinet and taken oath as the Minister for Planning and Special Initiatives on Tuesday.
The oath was administered by President Dr. Arif Alvi at Aiwan-e-Sadr in Islamabad. Asad Umar has replace Makhdoom Khusro Bakhtyar – who has now been given the portfolio of petroleum.
It is pertinent here to mention that Special Assistant to the Prime Minister on Information and Broadcasting Dr. Firdous Ashiq Awan had tweeted about the shuffle in the cabinet yesterday.