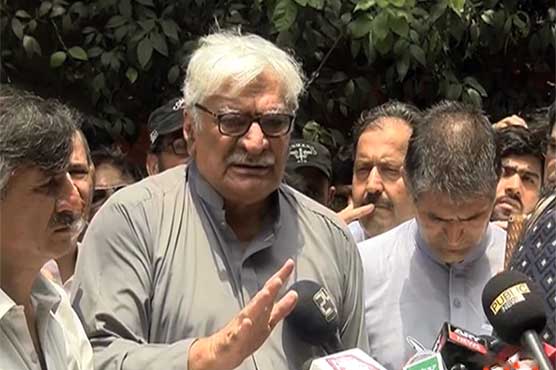 CHARSADDA: Awami National Party (ANP) President Asfandiyar Wali Khan has said that his party would demonstrate peaceful protests in all the districts of Khyber Pakhtunkhwa on July 30.
Talking to media here on Friday, the ANP Chief said that Mian Iftikhar Hussain, Haji Bilour and he would attend the All Parties Conference (APC) convened by Pakistan Muslim League-Nawaz (PML-N) and Muttahida Majlis-e-Amal (MMA).
He added that a joint strategy would be chalked out in the APC adding that they would decide how to fight this war.
He also thanked all the male and female activists of his party who came out of their homes and voted ANP.
Let it be known that PML-N and MMA while rejecting results of the general elections have convened an All Parties Conference with reports making rounds on media that they will try to reach consensus over the demand to declare results as null and void.