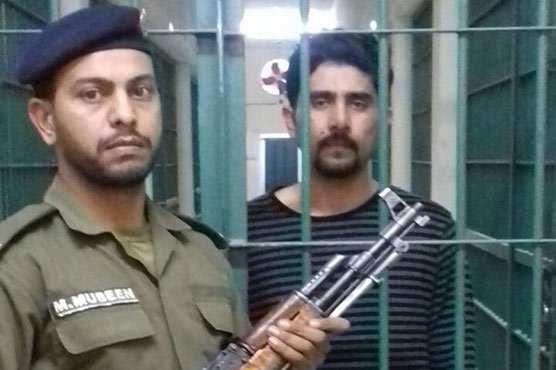 LAHORE: An accountability court hearing the Ashiana-e-Iqbal corruption scandal case granted a seven-day physical remand of Shahid Shafiq — the CEO of Bismillah Engineering.
The company was one of the three companies that were part of a joint venture, Lahore Casa Developers, which is accused of being unlawfully awarded a contract for the Ashiana-e-Iqbal housing scheme project.
Shafiq will be presented before the court, along with former director general of the Lahore Development Authority (LDA) Ahad Cheema, on March 5.
NAB officials presented a medical report of the accused before the court, stating that the bureau had complete medical facilities and doctors. Shafiq’s lawyer, however, rejected the medical report. “The torture accusations levelled against NAB are baseless,” the prosecutor told the court. “NAB has presented a tailor-made medical report before the court,” said Shafiq’s lawyer.
The defendant’s legal counsel then requested the court to allow a medical checkup of their client and submitted photos of alleged torture.
The NAB had launched an investigation against the management, officers, and officials of the Punjab Land Development Company (PLDC), management and owners of Lahore Casa Developers, officers and officials of the Lahore Development Authority (LDA) after the government cancelled the award of the Ashiana-e-Iqbal housing scheme to the successful bidder M/S Chaudhry Latif and Sons.
The award was given to M/S Lahore Casa Developers (JV) – a proxy group of M/S Paragon City (Pvt) Limited (which is stated to be developed by Railways Minister Saad Rafique) – causing a loss of millions of rupees to the exchequer.
A NAB spokesperson on Sunday stated that, in 2015, former LDA director general Ahad Cheema had misused his authority with criminal intent to award a contract to Bismillah Engineering —a C-4 company part of the joint venture Lahore Casa Developers that was ineligible for the contract.
Bismillah Engineering was only eligible to receive contracts up to 150 million rupees, the NAB spokesperson had stated, adding that Cheema caused a loss of 455 million rupees to the national exchequer.
The company owned ninety percent shares, while Sparco Construction Company and China First Metallurgical held ten percent shares each yet a joint venture of the three companies was awarded a contract in 2015.
The NAB spokesperson had further said that 61,000 citizens had filed requests for the Ashiana Housing Scheme and paid 60 million rupees in processing fees. The cost of the project had increased due to a delay.
Cheema had also obtained a 32-Kanal piece of land in Lahore Cantonment, registered in the name of his cousin and siblings Ahmed Cheema and Sadia Mansoor, the NAB spokesperson had stated.