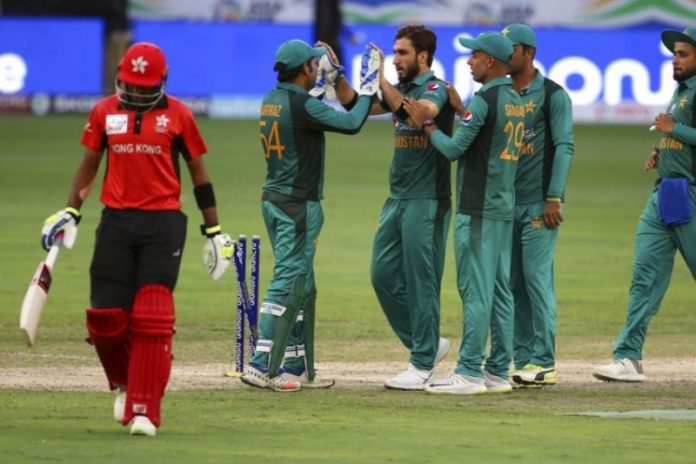 DUBAI: Pakistan on Sunday started their Asia Cup campaign on winning tone by thrashing novice Hong Kong by eight wickets.
Batting first, Honk Kong were dismissed on below par total of 116.
Usman Khan took three wickets whereas Hassan Ali and Shadab Khan took two wickets apiece.
Aizaz Khan remained top scorer for Hong Kong with 27 runs.
In reply, Pakistan chased down the target in 24th over. Imamul Haq remained the top scorer for Pakistan. He made 50 runs and remained not out.
During the same match, Pakistan’s star batsman Babar Azam has achieved yet another milestone as the right-hand batsman became second to fastest to 2000 runs in One Day Internationals (ODI).
He achieved this milestone in Asia Cup’s match against Hong Kong in Dubai.
Babar achieved this milestone in 47th ODI. The fastest to 2000 runs is South Africa’s Hashim Amla.
Amla achieved this task in 40th innings of his career.
Pakistan will now face arch-rivals India in high-voltage match on Sept 19.