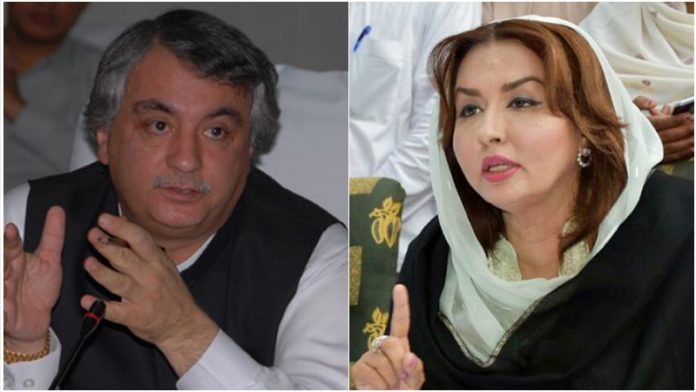 PESHAWAR: Assets beyond means case against Pakistan People’s Party (PPP) stalwarts husband and wife Asma Arbab Alamgir and Arbab Alamgir’s case adjourned till August 8.
The accountability court hearing a case against the politicians granted Arbab Alamgir immunity from court appearance on today’s hearing.
Alamgir had requested the court for amnesty from the court appearance prior.
An accountability court had indicted the couple once again after removing the part regarding foreign properties from the reference on February 12.
It is pertinent to mention here that Asma Alamgir and her spouse, Arbab Alamgir, who is also a PPP leader and ex-communications’ minister, were facing charges of accumulating assets beyond their known sources of income in a reference filed by the National Accountability Bureau (NAB).
The National Accountability Bureau (NAB) had alleged that both the suspects accumulated assets to the tune of Rs332 million, which were disproportionate to their known sources of income. The couple claimed innocence and stated that all their assets were acquired through known sources.
The NAB further alleged that during investigation, it was revealed that both of the suspects accumulated huge assets worth millions of rupees disproportionate to their income. As per the reference, the inquiry was authorised on November 4, 2015 that was subsequently converted into investigation with the approval of NAB executive board on January 12, 2018.
NAB said in its probe that it surfaced that the suspects accumulated movable and immovable assets including a house in G-11/3 Islamabad; 10-kanal land at Mauza Shah Alladitta, Islamabad; a bungalow in F-7/2 Islamabad; prize bonds; a land rover vehicle and several bank transactions.
Asma Alamgir has also served as an adviser to then prime minister Yousaf Raza Gillani.