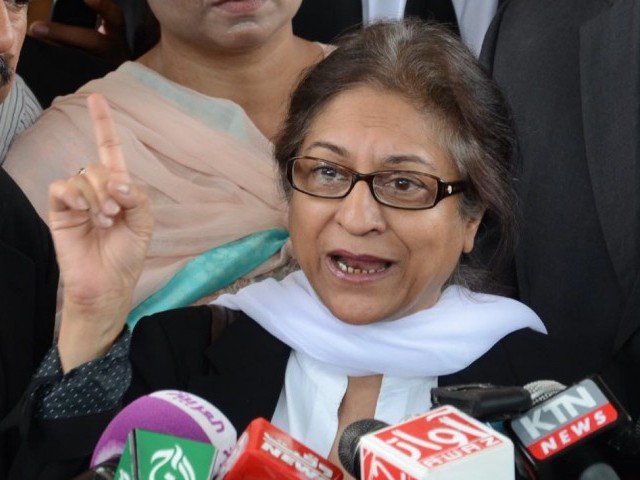 ISLAMABAD: Senior lawyer and human rights activist Asma Jehangir Thursday raised voice for the rights of people FATA and demanded extension of Supreme Court and High Court’s jurisdiction to FATA.
Addressing a press conference here, Asma Jehangir said that there was no need for merger of FATA for giving rights to the tribesmen and only needed presidential order for extending Supreme Court and high court’s jurisdiction to FATA. She said that FATA merger with Khyber Pakhtunkhwa has become a political issue.
She said that the president should extend the high court and Supreme Court’s jurisdiction to FATA for protection of human rights, so that article 184(3) could also be used for protection of the rights of the poor people. She said that they would support military operations in FATA. However, she added that they would raise voice for the rights of tribesmen if injustice was committed with them.
She also criticized the Supreme Court decision in Panama papers case and said that article 184 was aimed at protection of rights of the poor, not ousting of the prime minister. She also criticized the army for what she called interference in politics and alleged that there was footprint of the establishment in Panama papers case decision.
She also called for abolishment of articles 62,63 of the constitution. She also called for talks and trade with India, Iran and Afghanistan.