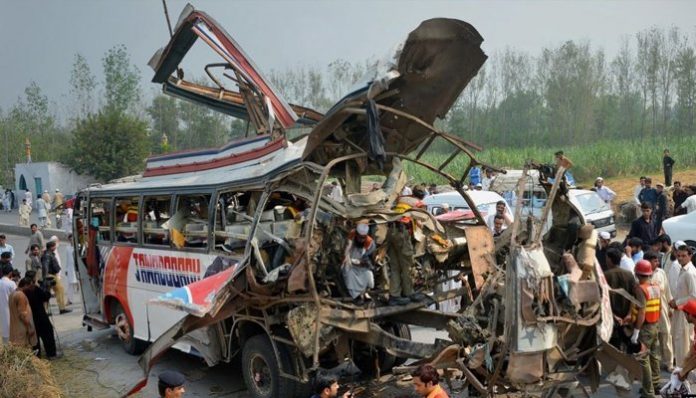 QUETTA: At least eight people were killed and 22 others were injured when a high-speed passenger bus overturned on Bela National Highway in Lasbela district early Wednesday.

According to reports, among the deceased were also two levies personnel deployed at the check post which the bus hit before it overturned whereas the injured had been shifted to a local hospital.

Balochistan Chief Minister Jam Kamal Khan expressed deep sorrow and regret over the loss of precious human lives due to the accident.