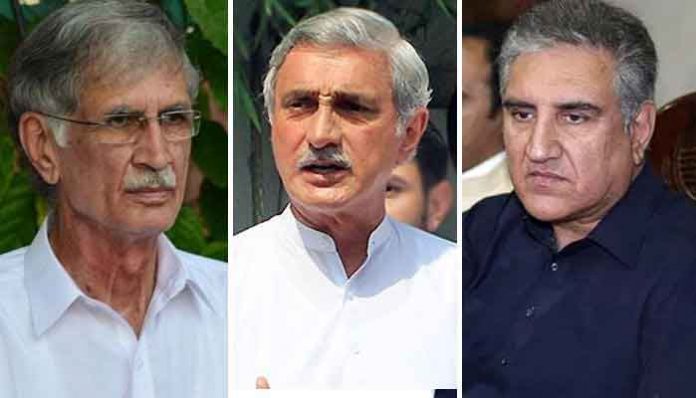 ISLAMABAD: An anti-terrorism court on Tuesday approved applications of Shah Mehmood Qureshi, Jahangir Tareen and Pervez Khattak seeking exemption from appearance in PTV and Parliament attack case.
ATC Judge Syed Jawad Hassan also conducted hearing on the pleas filed by Asad Umar, Shafqat Mehmood and Saifullah Niazi.
The court granted them exemption from appearance and adjourned the hearing till September.
The PTI leaders were booked in the case during the party’s 2014 sit-in which continued for months in Islamabad against alleged rigging in 2013 general election.
Pakistan Awami Tehreek (PAT) had also staged the sit-in and workers of both the parties had tried to enter the Prime Minister House.