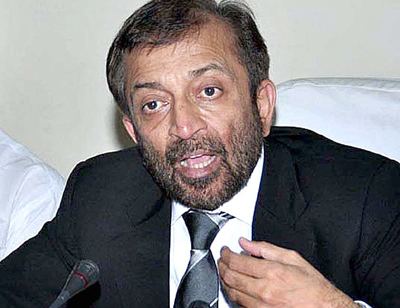 KARACHI: An Anti-terrorism Court (ATC) on Monday declared Muttahida Qaumi Movement-Pakistan leader Farooq Sattar a proclaimed offender and issued perpetual warrants for his arrest.
Police had submitted a report on Saturday requesting the court to take action under Sections 87 (proclamation for persons absconding) and 88 (attachment of property of person absconding) of the Criminal Procedure Code after they were unable to execute the warrants issued against Sattar, Altaf Hussain, Amir Khan and 30 others.
Sattar had been taken into police custody on Friday night, and senior police officials had confirmed his ‘arrest’ in connection with cases pertaining to the incendiary Aug 22 speech of MQM founder Altaf Hussain, which triggered a violent protest, arson attacks and ransacking of media houses.
However, he was ‘freed’ in less than two hours — reportedly on the intervention of a top provincial authority.
Later, a spokesman for the Sindh chief minister said Sattar had “escaped” when a police team went to arrest him.
The investigating officer, Inspector Hameed Khan, had told the ATC on Saturday that he was “unaware” of the Friday night ‘arrest’ of Sattar and his subsequent release.
Sattar, too, had taken an ambiguous position on the episode when he addressed a press conference in the early hours of Saturday at his PIB Colony residence. He had said he did not know whether the incident could be called an ‘arrest’ or not.
Chief Minister Murad Ali Shah on the same day said police had communicated to Sattar that he should obtain bail to avoid arrest.
He said the police had not arrested him yet as he was the leader of a major political party, but added that police would have no option but to arrest him if he would not obtain bail.
Farooq Sattar, Altaf Hussain, Khalid Maqbool Siddiqui, Amir Liaquat Hussain and other party leaders have been deemed absconders in two cases lodged at the Artillery Maidan Police Station pertaining to Altaf Hussain’s Aug 22 speech outside the Karachi Press Club. 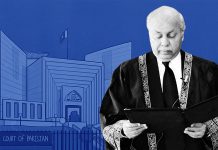