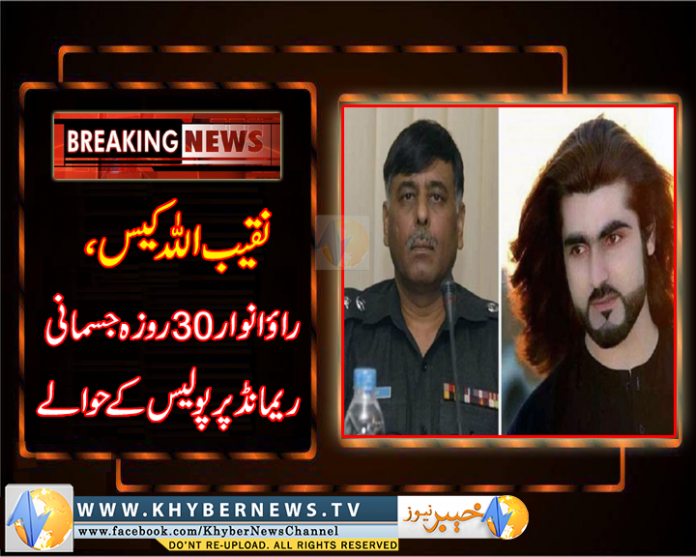 KARACHI: Suspended Senior Superintendent of Police (SSP) Malir Rao Anwar – the prime suspect in the extrajudicial murder of Naqeebullah Mahsood – was produced in an Anti-Terrorism Court (ATC) here on Thursday.
The court conducted in-camera hearing of the case and handed Rao Anwar to police on 30 days physical remand.
The court also ordered the police to produce the suspect on April 21.
During the hearing, officials of the Joint Investigation Team (JIT) – formed to probe the matter – were also present in the court.
After the court adjourned the hearing, Rao Anwar was taken back amid tight security.
Rao Anwar, the suspended SSP Malir who is accused of the extrajudicial murder of Naqeebullah Mahsood – a youth of South Waziristan Agency – in a staged encounter in Karachi, was arrested from the premises of Supreme Court on Wednesday.