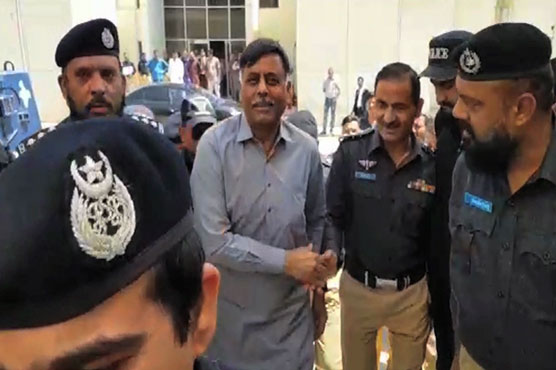 KARACHI: An anti-terrorism court (ATC) in Karachi on Monday indicted former Malir SSP Rao Anwar for the murder of Waziristan native Naqeebullah Mehsud in a fake encounter in Karachi.
Anwar, who was in court when charges were framed against him, pleaded not guilty.
The court ordered the complainant and the magistrate, who recorded the testimonies of eye witnesses, to appear on April 11 and adjourned the hearing until then.
Anwar, along with former deputy superintendent of police Qamar and three others who are accused in the case, are out on bail, while 13 police officials are in jail on judicial remand.
An inquiry team probing the Jan 2018 ‘extrajudicial killing’ of Naqeebullah found that the Waziristan native was killed in a “fake encounter” which was “staged” by the former Malir SSP. Following the inquiry team’s findings, Anwar was suspended from his post.
Rao Anwar, however, had stuck to the claim that Naqeeb was a Tehreek-i-Taliban Pakistan militant but no evidence has emerged to support this claim.
Naqeebullah’s killing sparked outrage on social media after which the case caught media attention.