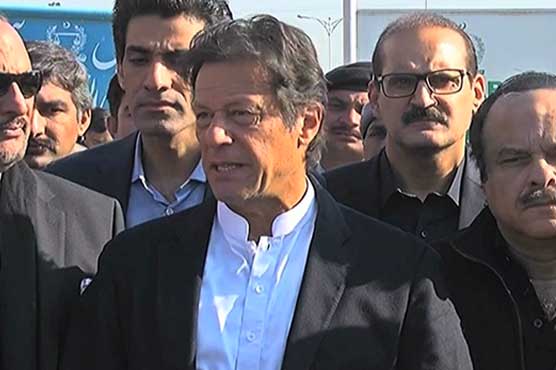 ISLAMABAD: An anti-terrorism court (ATC) while hearing the PTV attack case ordered Pakistan Tehreek-e-Insaf (PTI) chairman Imran Khan to record his statement before police.
The court then adjourned the hearing of PTV and parliament attack case till December 7.
Later, the PTI chief said that the federal government was brandishing his political protest as ‘terrorism’ in an attempt to silence him and added that ‘political’ people were being accused of terrorism.
Khan said that he wanted institutions to become stronger in Pakistan adding that the former premier was attacking the institutions in view of saving his ill-gotten wealth.
He labelled Nawaz Sharif as “Sulatana Dacoit” and said that he must not be compared with the ousted prime minister.
He also lashed out at PM Shahiq Khaqan Abbasi and said that he and other ministers were supporting an accused, who was facing trial in several corruption cases.
Nawaz Sharif was attacking Pakistan’s judiciary and army but PTI wanted to strengthen the departments, he added.