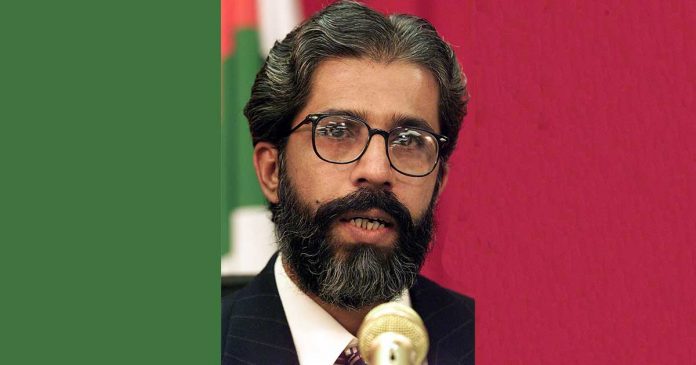 ISLAMABAD: An anti-terrorism court reserved on Thursday its verdict in the murder case of Dr Imran Farooq, a senior MQM leader, who was stabbed to death outside his house in London in 2010.
The defence lawyer concluded his arguments on Wednesday, saying the prosecution doesn’t have any evidence to link MQM founder Altaf Hussain to the murder.
The three main suspects, Khalid Shamim, Mohsin Ali Syed and Moazzam Ali, have already retracted their confessional statements in the case.
The Federal Investigation Agency had charged Mohsin and Kashif with Dr Farooq’s murder in 2016. Both of them were members of the MQM’s student wing.
In their earlier statements, the two accused had confessed to killing the MQM leader, saying that Dr Farooq was a “potent threat to the leadership of the MQM.” They, however, backtracked from their statement, claiming that they had confessed under duress.
The defence lawyer said that many people were after Dr Farooq because he once had a reward on his head. He told the judge that his client Mohsin has nothing to do with Dr Farooq’s murder. His confession was written by an FIA official and Syed was forced to sign it, he claimed.
In her statement, Dr Farooq’s widow Shumaila had said that she didn’t see anyone killing her husband, but neighbours told her that two men attacked him with a knife and brick.
She had recorded her statement through a video link in February this year.