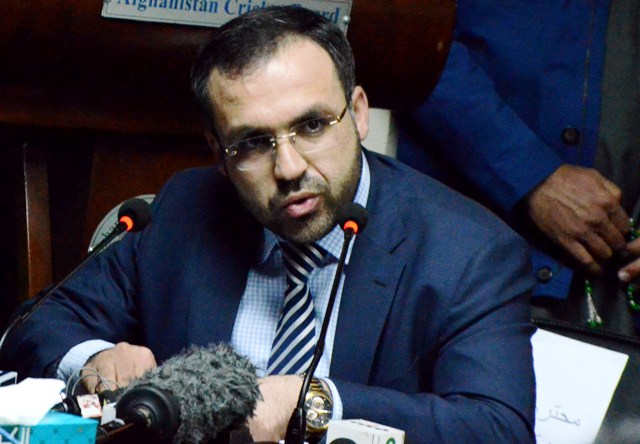 ISLAMABAD: Afghanistan has decided to appoint former chairman Afghanistan Cricket Board, Shukrullah Atif Mashal, as the new ambassador to Pakistan.
Diplomatic sources informed that the Afghan government had conveyed to Pakistan about the decision. Mr. Mashal will replace the outgoing envoy, Omar Zakhilwal.
The Afghan government will make an announcement in this regard after formal approval from Pakistan. It is expected that the new ambassador will take charge of his office within five weeks, sources informed.
Atif Mashal had resigned as chairman of Afghan cricket board in September with three-and-a-half year of his five-year term still remaining.
Mashal had taken over the cricket job in January 2017. At the time of resignation, he had said his government wanted to assign him new mission hence he was stepping down from his position in the ACB.
According to Afghan-bios website, Mashal graduated from the American University of Kabul in political science and public administration. He has nearly 12 years working experience in management and leadership. He started his career as special assistant to attorney general in Kabul. He has also served as director of Programs Planning at Administrative Office of the Afghan president. The website also mentions him as the next ambassador to Pakistan.