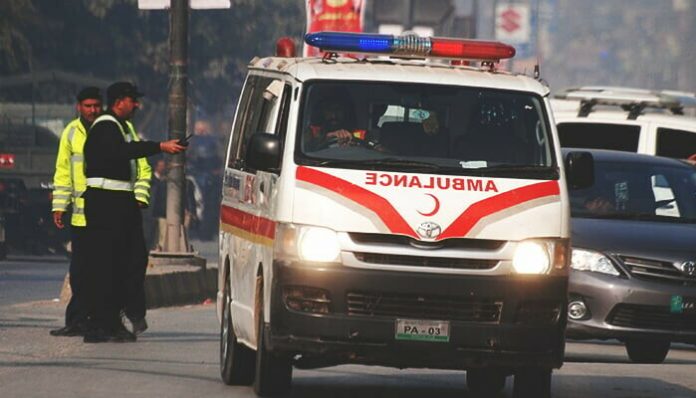 PESHAWAR: Khyber Pakhtunkhwa (KP) Chief Minister Mahmood Khan on Wednesday taken notice of an attack on a police van in Lakki Marwat which resulted in the martyrdom of six policemen.

The police van come under terrorists attack Landewa village of Lakki Marwat when the police were conducting a routine patrol in the area.  The armed men on a motorcycle started firing on police mobile in the jurisdiction of Dadwela police station. As a result, six policemen that included Assistant Sub-Inspector Ilm Din, Constable Mahmood Khan, Head Constable Zubair, DFC Ahmed Nawaz, FRP Sepoy Ali Usman, and driver Dil Jan were martyred in the deadly attack.

Following the attack, the security forces launched a search operation.

KP CM has taken notice of the incident and summoned a report from the police inspector general (IG).

He regretted the loss of lives in the terrorist attack and said that the sacrifices of the martyrs would not go in vain.

He said that Pakistan would stand like a leaden wall against the terrorists.

Prime Minister condemns attack
Prime Minister Shehbaz Sharif and Interior Minister Rana Sanaullah said the terrorists are the enemies of Pakistan and every possible step will be taken to safeguard the country.

In a statement, the prime minister paid tribute to the martyred police personnel.

He said the whole nation salutes the sons of the soil who sacrificed their lives for the motherland.

He asked KP government to immediately announce Shuhada package for the victims.