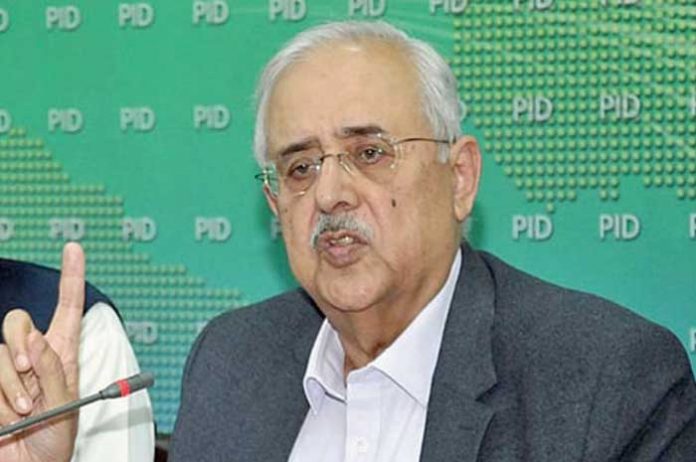 ISLAMABAD: Attorney general Anwar Mansoor Khan on Wednesday said that the sanity of the author of the detailed verdict in the Musharraf treason case is “questionable” and called for his trial and removal under Article 209 of the Constitution.
His remarks came hours after the contentious verdict, authored by Peshawar High Court Chief Justice Waqar Ahmad Seth, was released, calling for the “corpse” of former president retired Gen Pervez Musharraf to be “dragged to D-Chowk” and “hanged for 3 days”.
AG Khan said that the verdict was “unconstitutional, unethical, inhuman, and was given by an individual whose sanity is questionable”.
“He must be tried under Article 209 and I will take appropriate measures for immediate action against him,” he said.
“This is a judgment which I strongly condemn.”
The attorney general said any person can move a petition with the supreme judicial council.
He further remarked that the judgment was based “on personal enmity and vengeance”.
AG Khan, in further criticism, said that the judgment had also “attacked the army” in mentioning the fact that army officials have taken an oath and that Musharraf’s actions were against the oath.
Science and technology minister Fawad Chaudhry said that former Justice Iftikhar Chaudhry’s reinstatement had led to the appointment of judges whose “competency and knowledge raise serious questions”.
“Those who are playing with fire seem oblivious to the fact they might end up getting burned,” he wrote, adding, “there was no tact displayed in the choice of words”.
“This is not a new development, rather a lesson from history that no one learns from history,” said the minister.