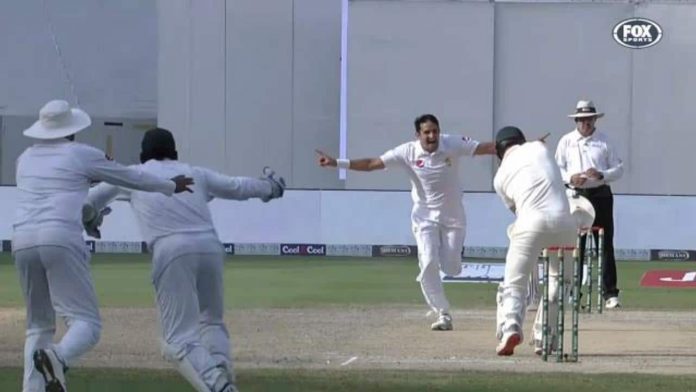 ABU DHABI: Australia, resuming at 20-2, were dismissed for 145 in their first innings on the second day of the second Test against Pakistan in Abu Dhabi on Wednesday.
Mohammad Abbas (5-33) and Bilal Asif (3-23) rocked Australia as they conceded a big 137-run lead over Pakistan’s first innings total of 282.
Opener Aaron Finch (39) and Mitchell Starc (34) were the main Australian run-getters.
The first Test ended in a draw in Dubai last week.