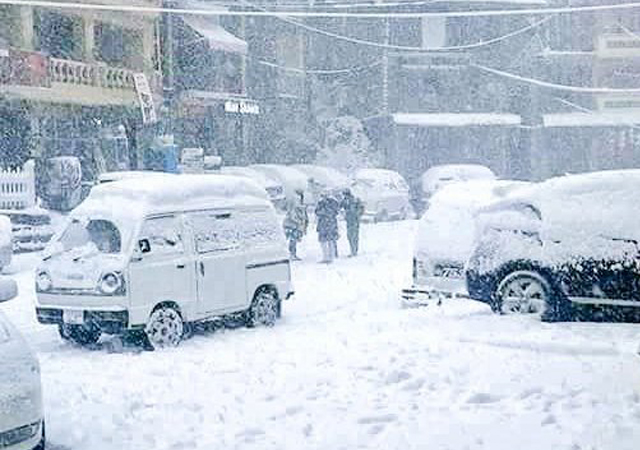 SKARDU: At least 40 cattle were killed while a house completely destroyed in avalanche in Shigar area today (Wednesday).
According to details, the intermittent snowfall in Skardu has resulted in avalanche in Arandu village that demolished several trees and infrastructure in the area.
However, the locals who narrowly escaped the mishap have been shifted to safe haven.
On the other hand, tourists are stranded in the hilly areas due to blockage of roads amid dearth of food items and medicines.
Meanwhile, continuous snowfall and severe weather conditions have disrupted various flights.
Earlier on February 6, at least ten people, including a Frontier Constabulary (FC) sepoy, were killed in an avalanche in northern Pakistan’s Chitral district, with several residents trapped in collapsed houses.
The avalanche struck the village of Sher Shal in Garam Chashma Tehsil, completely destroying more than twenty houses.