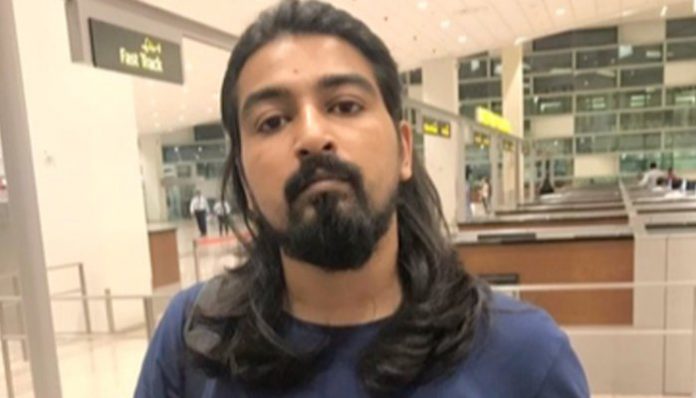 ISLAMABAD: A close aide of Axact CEO Shoaib Sheikh was arrested from New Islamabad Airport in connection with fake degrees case.
Nigel Brian Rabellow was fleeing to Qatar through a private airline when immigration officers at the airport noticed that his passport was blacklisted.
Immigration staff handed over the passenger to the Anti Human Trafficking and Smuggling Cell, airport officials further said.
The arrested man is wanted by the Federal Investigation Agency in two cases including the Axact fake degree mill.
On Tuesday night, Sheikh was arrested in connection with Axact fake degree mill case. He will be produced before a local court today, officials and sources said.
In July this year, Sheikh and 22 others were sentenced by a district and sessions court to 20 years in prison in total and fined Rs1.3 million each in the case.
Sheikh and others were sentenced to three years each under sections 419 and 420 of Pakistan Penal Code, and fined Rs0.3 million each. They were also sentenced to 7 years each under sections 468 and 471, and fined Rs1 million each.
All penalties will be applied together under section 382 of the Pakistan Penal Code. The court also acquitted three accused – Aisha Shoaib Sheikh, Col (R) Jamil Ahmed and Lt Col (R) Muhammad Younas – giving them benefit of doubt. Failure to pay fines under sections 419, 420 and 468 will lead to extension of six months in their jail term on each count.
The trial court judge had earlier acquitted Axact CEO and other accused in the case. Additional district and sessions judge Pervaizul Qadir Memon had confessed to receiving Rs5 million for acquitting Shoaib Sheikh in the case.
The Axact scandal surfaced in May 2015, when The New York Times published a report claiming the company sold fake diplomas and degrees online through hundreds of fictitious schools, making “tens of millions of dollars annually”.
The FIA had also filed an appeal with the Islamabad High Court against the trial court’s order acquitting all the accused in the case.
The IHC had then declared the acquittal of Sheikh and others void. It had ordered the sessions court to against listen to the final arguments and announce a verdict in the case.