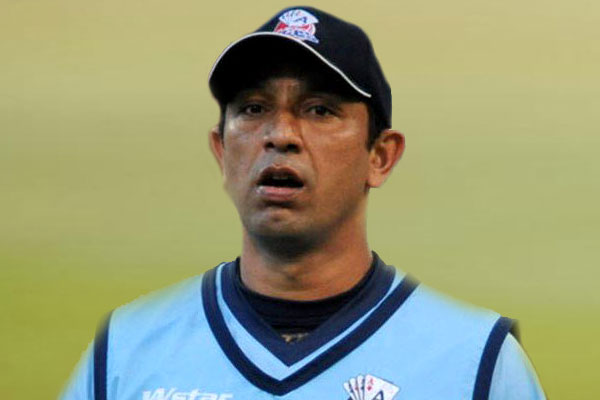 CARDIFF: Pakistan bowling coach Azhar Mahmood has urged his side to follow England’s example as they look to stage a one-day international revival of their own.
The tourists head into Sunday’s final ODI in Cardiff already 4-0 down in the five-match series and with just a lone Twenty20 international in Manchester on Wednesday to follow before they leave Britain.
Pakistan drew the preceding four Test series with England 2-2 to rise to number one in the world Test rankings.
By contrast they are a lowly ninth in the ODI table, with the 1992 champions in danger of failing to qualify automatically for the 2019 World Cup in England.
They will return for next year’s Champions Trophy and Mahmood, a veteran of several seasons in English county cricket, hopes they learn quickly from their recent defeats.
“It’s been a disappointing time for us,” Mahmood, who saw Pakistan concede a world record total of 444 for three in the third ODI at Trent Bridge, told reporters in Cardiff on Saturday.
“The way we bowled at Nottingham wasn’t good enough.
“We are going to make mistakes. As long as we learn from them, we hope we can turn the tables around.”
That is what England have done following their embarrassing first-round exit at last year’s 50-over World Cup in Australia and New Zealand.
“Where England were 18 months ago, they changed the mentality and we have to do the same thing,” Mahmood said.
“Mindset, a little bit more aggression, a bit more positive cricket, intent. We need to change this mentality and thinking. Moving forward, we’ve got young players who can change things around but it will take time.”
Mahmood said the transformation in England’s ODI form started when current assistant coach Paul Farbrace first took temporary charge following the sacking of Peter Moores after the World Cup.
“When Mooresy left and Farby took over, that’s the time they thought, ‘we’ve got not nothing to lose, we just need to express ourselves on the field’.”
One of the players who has been emblematic of England’s new style of ODI cricket is Mahmood’s Surrey team-mate Jason Roy.
Mahmood’s last appearance for the London-based county was a domestic Twenty20 against Kent at The Oval in July where opening batsman Roy struck 120 in a 37-run win.
“They (England) have got players like Jason Roy — he can change the game in no time — (Eoin) Morgan himself, Jos Buttler,” said Mahmood.
“They’ve got a good unit of young players who understand the game and can play big shots and rotate the strike really well,” the 41-year-old former Pakistan all-rounder added.
“Where we are lacking as a batting unit we are not rotating the strike and we don’t have the guys who can clear the ropes.
“We need to find those guys very quickly if we want to improve in one-day cricket.”
As for the stark contrast in Pakistan’s Test and 50-over form, Mahmood said: “We’ve got a lot of new faces in the one-day side.
“If you see why we are number one in Test match cricket, we’ve got players who have been playing for the last five years so it’s a consistency we need to give our one-day guys too.”
Pakistan will have to make at least one change to their side in Cardiff from the team beaten by four wickets in Thursday’s fourth ODI at Headingley after Mohammad Irfan was ruled out of the rest of the tour on Saturday.
The giant left-arm fast bowler, himself an injury replacement, only managed five overs in Leeds before being sidelined with cramp. …Agencies