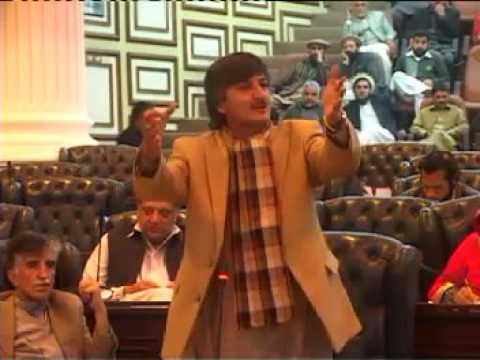 PESHAWAR: Parliamentary leader of ANP in Khyber Pakhtunkhwa Assembly, Sardar Hussain Babak Tuesday demanded to form a parliamentary committee to probe into the allegations leveled by opposition members regarding discrimination in release of allocated developmental funds.
He made the demand on the assembly floor during a debate started when Sahibzada Sanaullah of PPP who was speaking on a calling attention notice, complained that his constituency, PK 93 has been ignored by ruling coalition in disbursement of fund.
PPP legislator said that majority of developmental work in his constituency was lying dormant owing to finance department who has adopted a policy of discrimination in release of allocated funds. Blaming finance minister, he said that constituencies of the same area have been given allocated funds which tantamount to political victimization of opposition.
Clarifying the position of government, Finance Minister Muzaffar Said Advocate said that rules and regulations have been followed in distribution of allocated fund to both treasury and opposition members. He said that following the approval of planning department fifty percent of the allocated funds has been distributed to the concerned departments. He said that both opposition and treasury have been treated equally in release of development funds.
Azaz-ul-Mulk Afkari of JI also complained that developmental schemes in his constituency have been left uncompleted due to unavailability of funds and an amount of 180 million rupees that is payable to a contractor is still pending.
Taking the floor, Babak rejected the explanation of finance minister and said that provincial resources and disbursement of allocation is at the whim of ruling collation who has adopted a policy of injustice and discrimination in fund releasing.
He demanded that a parliamentary committee should be constituted to probe the release and allocation of funds to constituencies of opposition and treasury parliamentarians.