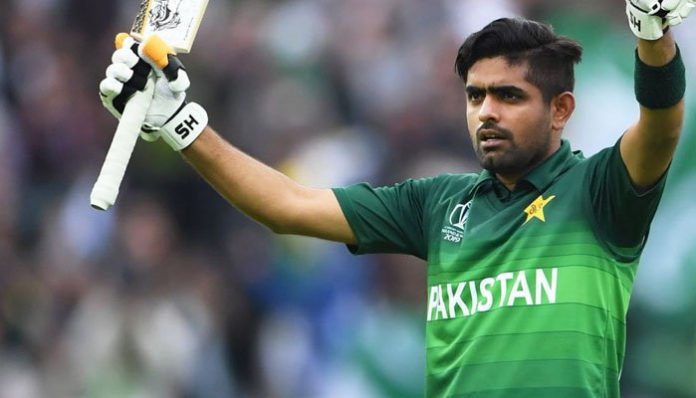 LAHORE: The Pakistan Cricket Board (PCB) announced that talismanic batsman Babar Azam will replace wicketkeeper-batsman Sarfaraz Ahmed as the side’s ODI skipper.
The announcement was made by the board as they announced the central contracts for its men’s cricketers.
“Naseem Shah and Iftikhar Ahmad were the two new faces in the 18-player men’s central contract list for the 2020-21 season, which will come into effect from July 1,” a press release by the cricket board read. “The Pakistan Cricket Board also confirmed Azhar Ali as Test and Babar Azam as ODI and T20I captains for the period during which Pakistan is scheduled to play nine Tests, six ODIs and 20 T20Is, besides the Asia Cup and the ICC Men’s T20 World Cup 2020.”
Naseem has been awarded for some stellar performances as he became the youngest Test bowler in history to take a five-wicket haul as well as a hat-trick.
On the other hand, young fast-bowler Shaheen Shah Afridi has been promoted from Category B to Category A after taking the most number of Test wickets in the 2019-20 season as the 20-year-old further cements his place as the side’s pace spearhead.
Abid Ali, Mohammad Rizwan and Shan Masood have been awarded Category B contracts, whereas Imam-ul-Haq, Sarfaraz Ahmed and Yasir Shah have also faced demotions in the category classification.
The newly constituted Emerging players’ category comprises of Mohammad Hasnain, Haider Ali and Haris Rauf
Meanwhile, the pace trio of Hassan Ali, Mohammad Amir and Wahab Riaz have all missed out on central contracts.
Category A: Azhar Ali, Babar Azam and Shaheen Shah Afridi.
Category B: Abid Ali, Asad Shafiq, Haris Sohail, Mohammad Abbas, Mohammad Rizwan, Sarfaraz Ahmed, Shadab Khan, Shan Masood and Yasir Shah.
Category C: Fakhar Zaman, Iftikhar Ahmed, Imad Wasim, Imam-ul-Haq, Naseem Shah and Usman Shinwari.