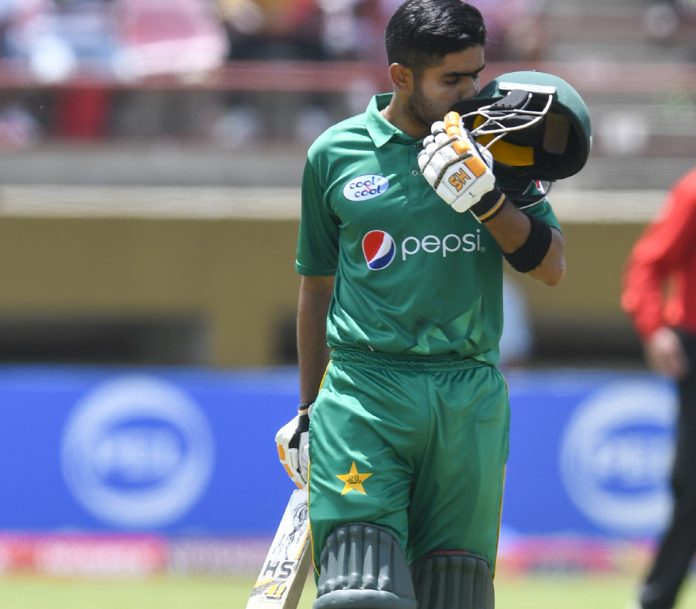 DUBAI: Babar Azam is the top T20I batsman in the world according to the latest ICC rankings. Azam is ahead of Aaron Finch from Australia and Indian skipper Virat Kohli.
Babar saw a rise in his ranking following a stellar performance against New Zealand in the three-match T20I series.
In the first match, Azam scored 41 from 41 delivers. He played even better in the second match scoring a 50 not out of 29 deliveries. His performance slipped in the third T20I as he only scored 18 from 17 deliveries.
Imad Wasim who did not play in the series remains Pakistan’s highest-ranked T20I bowler in the seventh spot. Leg-spinner Shahdab Khan who played well throughout the series is ranked 14th.
Pakistan lost the first match but dominated New Zealand in the next two to win the T20I series after being whitewashed in ODIs. After the T20I series win, Pakistan made it to the top of the rankings, becoming the best Twenty20 team in the world.