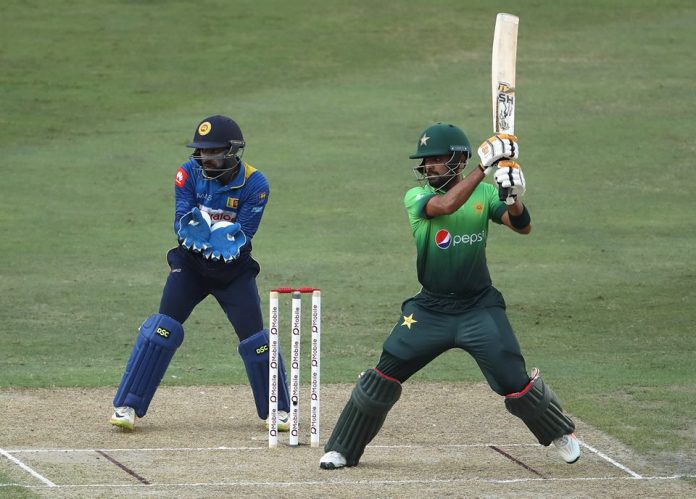 DUBAI: Babar Azam’s century and Shoaib Malik’s quick 81 off 61 balls helped Pakistan put 292 runs on board after being put in to bat by Sri Lanka in the first ODI in Dubai on Friday.
With spearhead Mohammad Amir injured and Azhar rested, due to concerns over his knee, Pakistan cannot field the same XI that won at The Oval in Champions Trophy final. Ahmed Shehzad will open the batting alongside Fakhar Zaman, and left-arm quick Rumman Raees will replace Amir in the playing squad.
Sri Lanka, who won the preceding two-match Test series 2-0 against Pakistan, had fast bowler Nuwan Perera ruled out from the one-day series with a hamstring injury and inducted Lahiru Gamage.
The remaining matches of the series will be played in Abu Dhabi (October 16 and 18) and in Sharjah (October 20 and 23).
Three Twenty20 internationals will follow the ODI series, the last in Lahore on October 29.