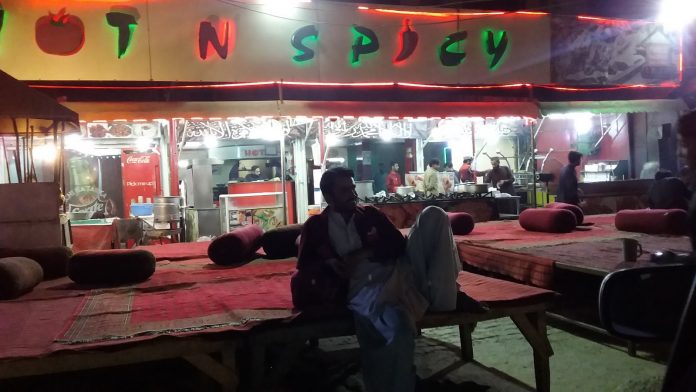 QUETTA: The Balochistan government is set to reopen restaurants and hotels with director-general health Balochistan saying that at the current rate, the coronavirus cases may reach 100,000 till mid-July in the province.
Addressing a press conference in Quetta, Dr Saleem Abro said cases were rapidly rising in the province due to a lack of implementation of the SOPs.
Abro said they recommended the provincial government to impose a lockdown but a violation of SOPs kept taking place even during the earlier lockdown stage.
The provincial director health lamented that during the lockdown, people did not cooperate with the administration which led to an abysmal rise in cases.
“The prediction made two months back turned out to be true today. Due to a rise in cases in Balochistan, testing capacity has been increased,” he said.
Abro added that even in public transport, people were not following SOPs and then propaganda was spread that the government was not doing anything.
The DG health further said the National Disaster Management Authority has sent 20 ventilators and Personal Protective Equipment (PPE). He added that Bolan Medical Hospital, Fatima Jinnah Hospital, Sheikh Zayed Hospital and Civil Hospital Quetta have their ICUs functional, with ready ventilators.
He added that the local transmission was more than 90% and 70 people, including doctors and medical staff, have lost lives.
According to a notification issued by the Balochistan Home Department on Friday hotels and restaurants have been allowed to operate with requisite SOPs.
The notification said that four hours before opening the place, the restaurant staff should spray the area and resume work wearing masks and gloves.
Customers not wearing masks will not be allowed to enter, while not more than four people will be allowed to sit at a table, the notification said.
The home department warned that in case of violation of the SOPs, the restaurant will be sealed and legal action will be taken.
Balochistan as of today recorded more than 8,000 cases of the virus with above 70 deaths.